Next stop after Rio de Janeiro is the giant metropolis, Brazil’s biggest city, São Paulo. On our trip between the two cities, we had a lot to see!

You’ll have noticed that quick visit to “Finland” in that clip. How did a little bit of Finland end up in southeast Brazil? A strange historical theme known as the “utopian migrations” took them halfway across the world, to end up in this little town.

After my time in Finland as an Erasmus student back in 2009/10, I couldn’t resist the chance to visit this mini-Suomi!

In the late 19th and early 20th centuries, groups of idealists from all over the world began experimenting with new social systems. Communists, vegetarians, religious fundamentalists. Their frustration with the established systems of rule in their home countries spurred them to leave for good, and bring their followers with them.

With generous immigration policies, and plenty of land to settle, Brazil, Argentina, Paraguay and Uruguay were frequently the destination for their colonies in the New World.

We plan to check out a few more of these colonies, by Germans in particular, in the Brazilian state of Rio Grande do Sul, in Paraguay, and in Argentina. 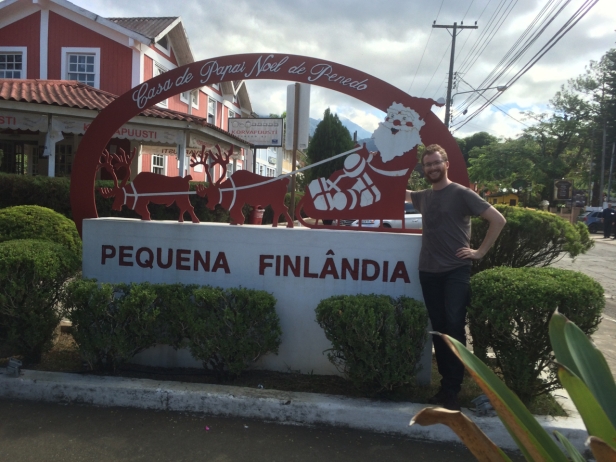 Penedo, in Rio de Janeiro state, was founded by a Finnish pastor and his followers in 1929. They planned to follow a strict lifestyle, with strong moral guidelines and vegetarianism seemingly the important tenets. Not surprisingly, trying to ban your followers from dancing isn’t going to work too well in the land of samba, so they had to loosen the rules pretty quickly. Many of the original setters couldn’t deal with the hot climate and had to return to Finland after a time. 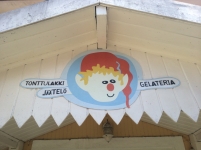 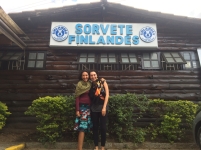 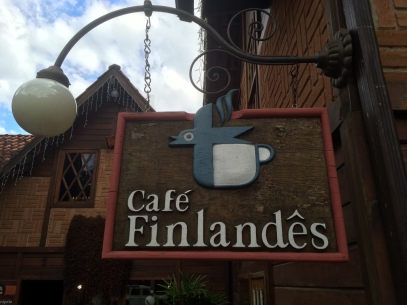 Today, from the descendants of the Penedo Finns, just a few dozen speak their former language, although many have visited their homeland, since they can still apply for Finnish passports. The town today has many shops and restaurants with a faux-Nordic theme. It’s very kitschy, but it’s fun.

And a very big “Kiitos paljon” (Thanks very much) to fellow blogger Sartenada, who tipped us off about the town of Penedo, we probably wouldn’t have found it without him!

3 thoughts on “A bit of Finland, in Brazil”