Diamantina was the second stop on our three-day rush from Ibicoara to Belo Horizonte. We hadn’t even heard of the place until Marina got a random tip that “it was worth a visit”, so Montes Claros got skipped and we headed south instead.

As it turns out, Diamantina is the northernmost stop on a route through Minas Gerais known as the “Estrada Real“, the “Royal Road”. The name of the state translates to “General Mines”, and that’s the source of wealth in these well preserved 18th century mining towns. Imagine mixing the houses of the American “old west” with the shops and cobbled streets of a provincial town from the south of France, and that’s the sort of look these places have. 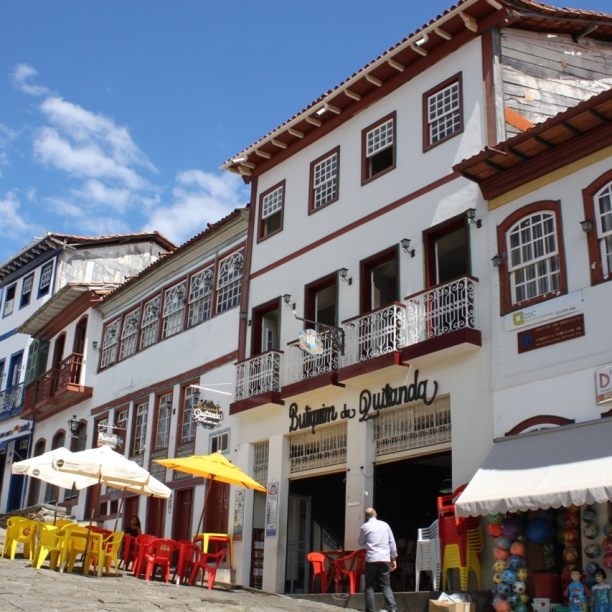 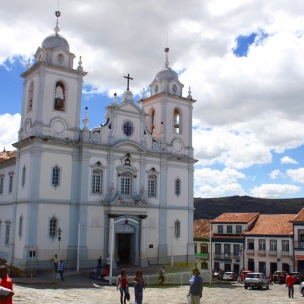 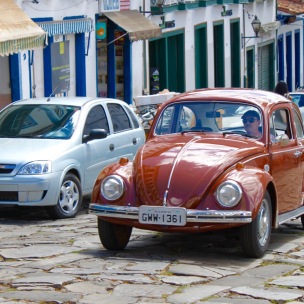 Nowadays, the town is known for its university, and as the birthplace of one of Brazil’s most famous presidents, Juscelino Kubitschek. Known popularly as “JK”, and in office from 1956 to 1961, this was a time of huge growth, industrialisation, and development in the country. This was also when Brazil’s capital city moved from Rio de Janeiro to the modernist, planned city of Brasilía.

In homage to JK’s hometown, his friend and favourite architect, Oscar Niemeyer, (who we’ll soon be seeing more of), was invited to design a new hotel for the town, in 1950. If you’ve ever wanted to feel what it’s like to stand inside

I would recommend a visit. An oversized lobby with dark, wood-panelled walls, deep red carpets, dimly lit, long hallways, and huge photographs of JK himself prominently displayed. It might fit on a beachfront in the Caribbean somewhere, but most certainly not here, up in the old towns of Minas.

The Shining? Twin Peaks? I’m not sure. Photo from http://www.visiteminasgerais.com.br

Being a university town, Diamantina has research institutes, and lots of bars. We started with the bars. Our favourite was Berola do Gilmar, where we met Mariana, a local, and Kate, an American on an exchange programme, teaching English.

They advised us to try the bar’s homemade, milky “energy drink” concoction. They sell tens of thousands of these in just one week every year, at Carnaval. It tastes awful, but it did give me weird dreams that night. I suppose it deserves a recommendation, if only for that? 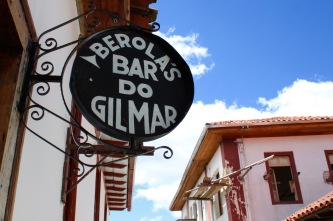 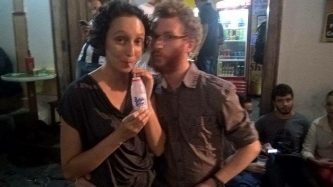 The state of us 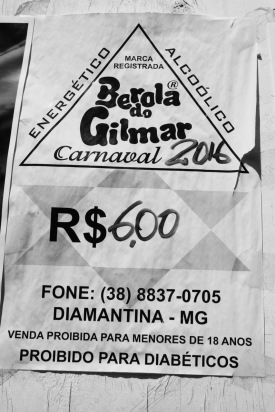 Next morning we stumbled to the geological institute, one of the town’s landmark buildings. Originally a house, then a school and convent, a wooden bridge connects the two sides of the street. It’s run as a co-project between the German and Brazilian governments, and they host exchanges for geology students each year. This area is part of a long chain of mountains, rich in natural resources, so it’s heavily studied. 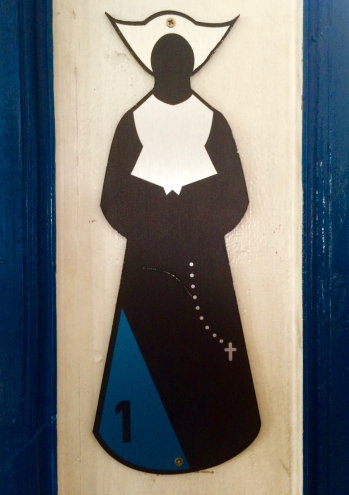 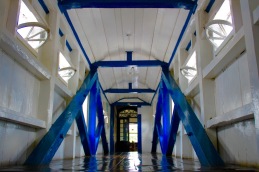 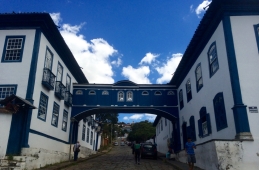 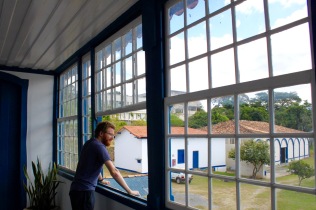 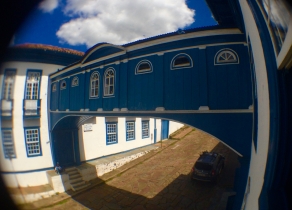 We also tried to visit the house of Chica da Silva – but it was unfortunately closed at the time. She was someone unique in the history of Brazil – her mother a slave, her father a Portuguese slave-owner. She was sold as a slave to a diamond mine owner, with whom she started a romance and eventually married. Their children became part of the Portuguese imperial nobility, and she became one of the most powerful women in the country, if not the continent. 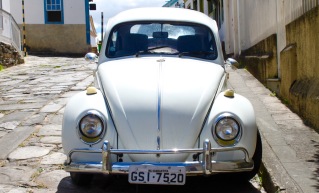 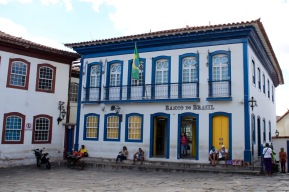 Alas, our time in Diamantina was brief, we had to continue south. After just one night, and half a day, we’d got a good feel for the place. A fine introduction to this historic region and not the last we’ll be seeing of it.