All the images on this page were created from our “master map” created using Google custom maps. We update this manually, every evening or when we’re able to get to WiFi!

Before we started the “big trip” we did some short journeys near João Pessoa, in Brazil’s northeast.

We left João Pessoa on March 16th, heading first into the interior of the northeast, then returning to the coast at Maceió.

After Maceió we headed south to Salvador, and then inland to Chapada Diamantina national park, arriving on March 31st. 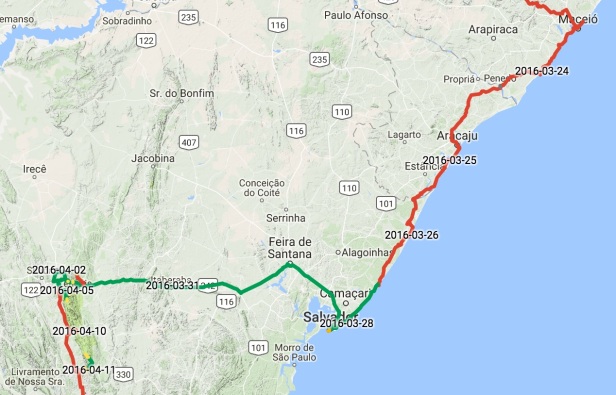 We continued south on April 13th, into the historic cities of Minas Gerais.

Before returning to the sea, and Brazil’s giant cities, on April 27th. From Rio we took a 10-day detour up north to Manaus, in Amazonas. 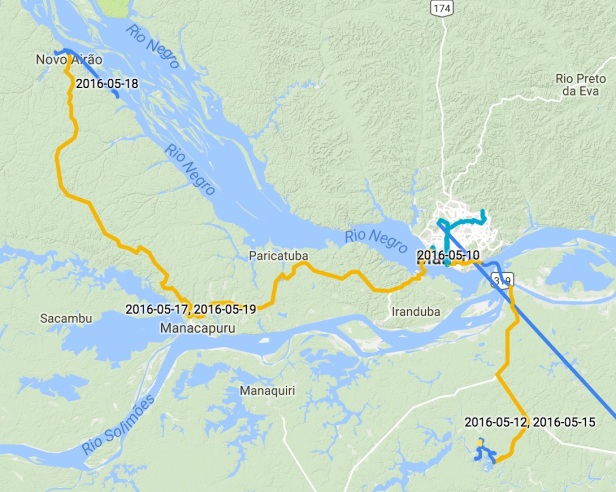 After leaving São Paulo on June 9th we briefly went back to the coast before heading way, way inland, to the Iguazu Falls, and to Paraguay.

Returning to Brazil on June 26th, we travelled through huge canyons in Rio Grande do Sul, before crossing into Uruguay, and finally reaching Buenos Aires on July 20th.