Back in the days when Minas Gerais was funding the Portuguese Empire’s riches, it’s wealthiest citizens were trying their very best to be devout Catholics. It’s hard to get into heaven when you’re enslaving Africans and sending them to an early death in the gold mines.

What better way to impress God, and impress your rival nearby towns, than by having the most elaborable, most exquisite, most golden church that money can buy?

However, to be fair, this dirty gold did leave a beautiful legacy of churches and fine architecture. One of the artists who worked on these, the most famous, was Antônio Francisco Lisboa – known popularly as Aleijadinho. We saw some of his other works, facades for churches, interiors and so on. But nothing matches his work at Congonhas, the Twelve Prophets of the Old Testament. 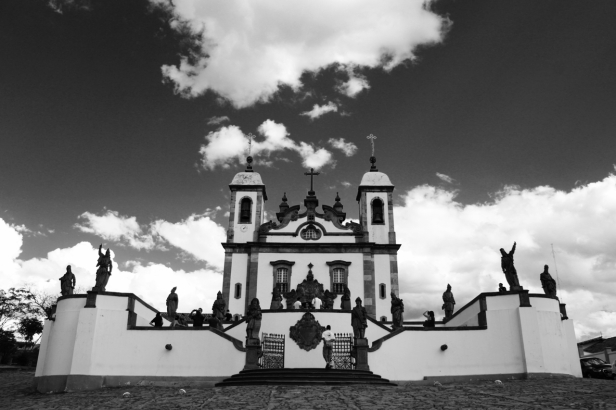 Recognised since 1985 as a World Heritage site, these life-size sculptures represent figures from the Hebrew Bible. They hold scrolls bearing Latin text, and their positioning, adornment and direction of gaze all have significance in the overall scene. Legend has it that Aleijadinho carved these works while suffering the late stages of Leprosy, with chisels strapped to the remaining stumps of his arms. 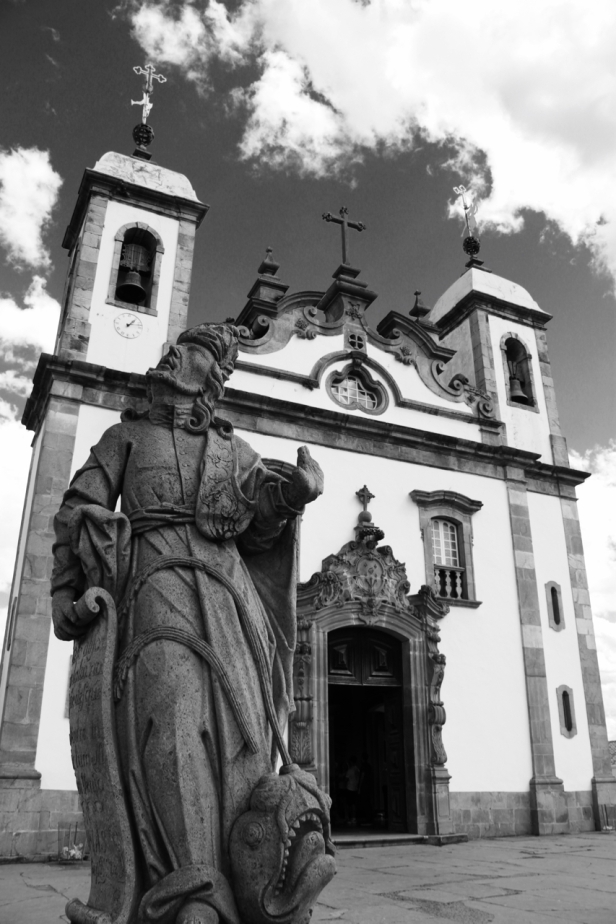 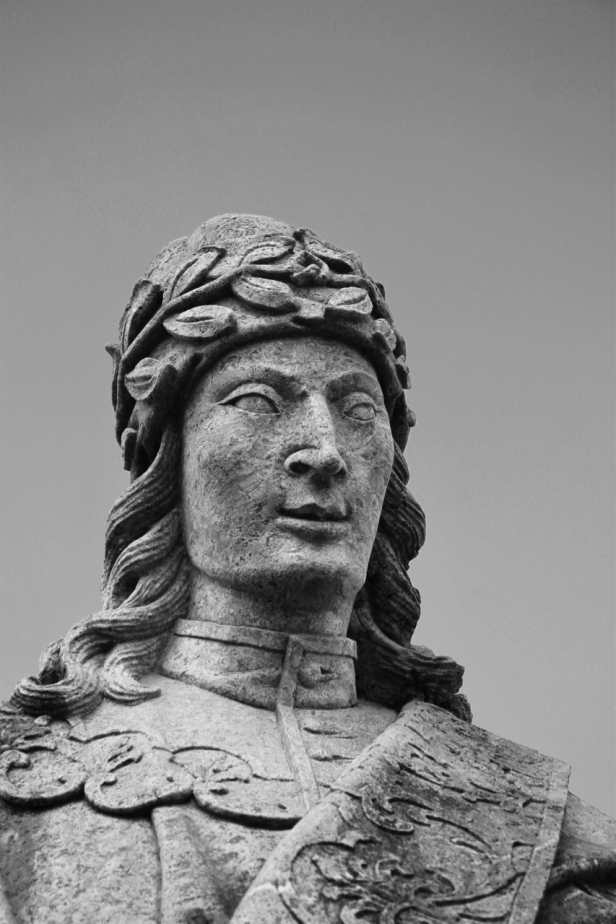 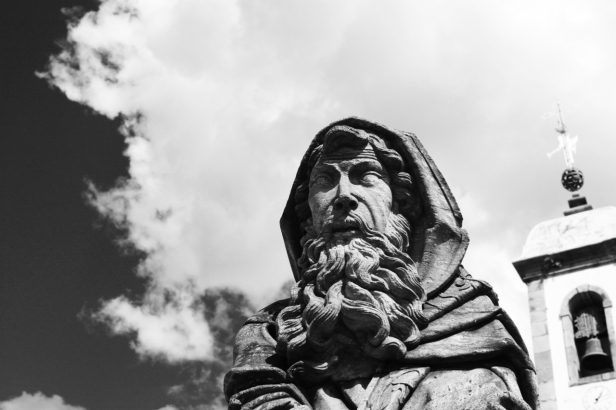 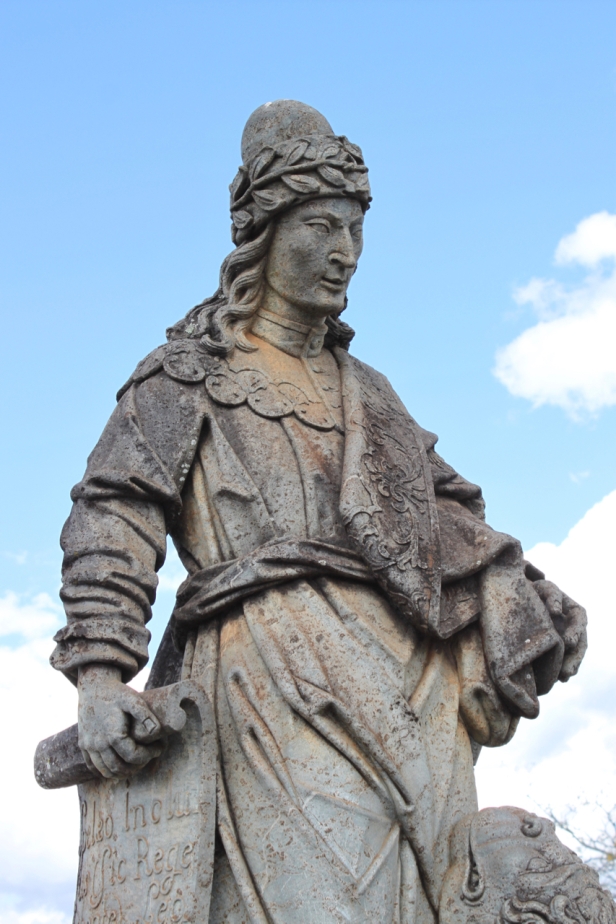 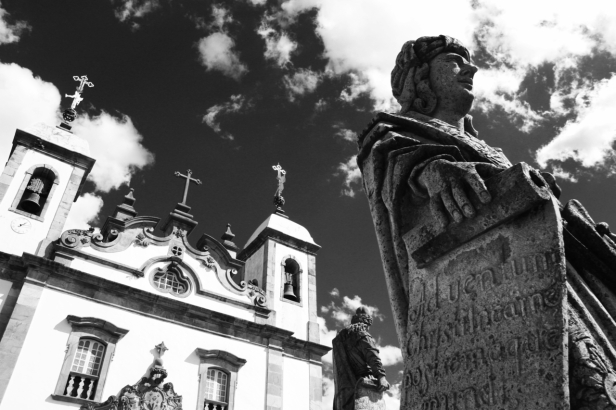 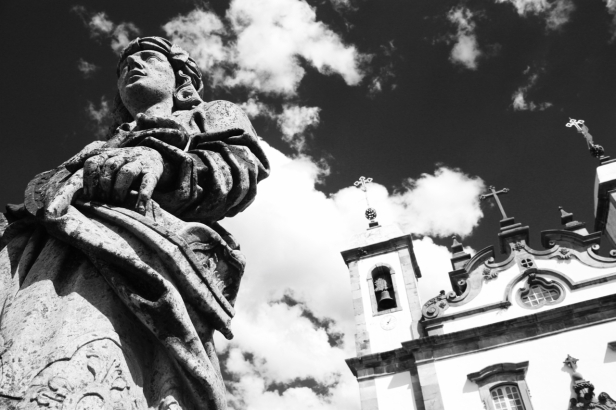 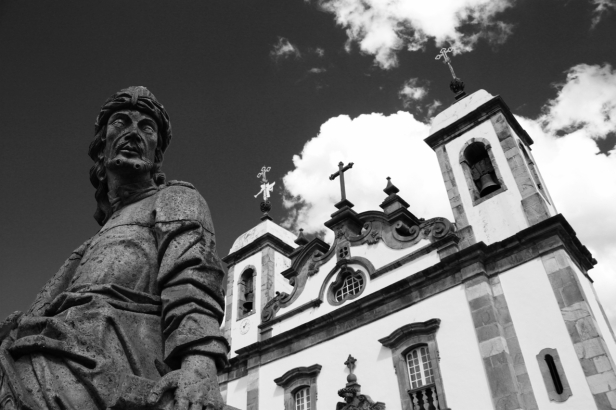 Next to the church, there’s a sanctuary, where people have left offerings after praying for a cure to their ailments. This room has some extremely disturbing images. Amongst the images of elderly relatives, small children and faded passport-size photos, are paintings of car crashes, scars and horrible disfigurements. Anyone who has watched The Science of Sleep might be reminded of the main character’s childish-looking “disasterology” calendar. 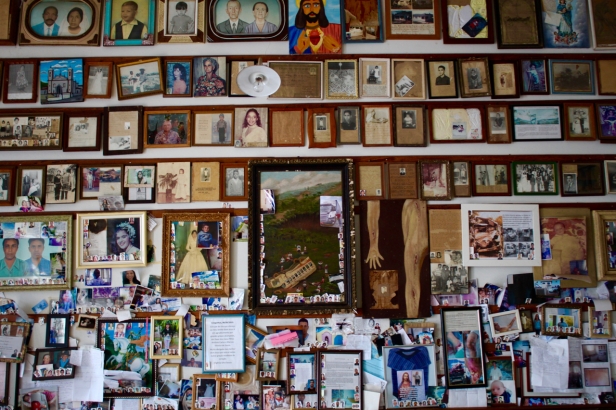 Down the hill from the church, there are 5 smaller shrines, each with scenes from the crucifixion of Jesus. These too were carved by Aleijadinho, but in wood, not stone. 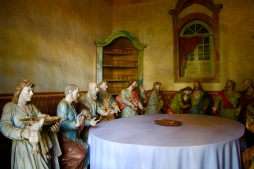 It’s an incredible place to visit. The statues, being life-size, and mounted on plinths, let you get right up next to the works. No matter which way you look, they seem to find the right angle to stare back.