Curitiba, down in the south, was hovering about zero degrees and frosty when we arrived from the São Paulo coast. It’s the coldest place we’ve encountered so far, and on their coldest weekend of the year so far. We needed every layer we could wear, even indoors!

We were very lucky to be hosted by Yves, who found us through Couchsurfing. A great, generous guy, he took us out at night, showed us his city, and gave us plenty of tips for our brief visit. He shared crazy stories with us, from his time working as a missionary in the favelas of Rio. Trying to spread the word of God to drug-addled traficantes is an unenviable task. We learned a little bit about the Mormon religion too. Keep up the good work Yves!

One tip for Couchsurfing in Brazil, vs other countries. We’ve found in Ireland and Europe that usually you need to send a message a week or two ahead of time to be sure you get a place to stay. In Brazil- it’s 3 days. Any further out than that and you won’t get anything back but a wave of “no’s”. 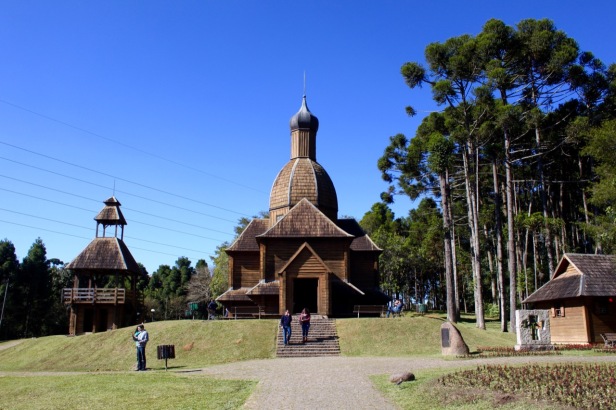 Curitiba saw waves of immigration from Ukraine and Germany early in the 20th century, and has some well-kept parks to commemorate these events. The Ukrainian memorial has a replica Eastern Orthodox church, built of wood, and open to the public.

The German memorial is a park too, with an events hall, a cafe serving strudel, and a wobbly wooden tower. In the centre, you can celebrate German culture even more with a great beer selection, something difficult to find in any of the states up north we’d previously passed through.

One spot worth visiting is the “Chicken House Rock Bar”, a tiny room opening onto the street, with a busy crowd & musicians playing outside every night of the week. The streets nearby are full of bars, people were spilling out of every door we passed, everyone with a hot wine in their hand. Winter was in the air!

No Brazilian city would be complete without an enormous Oscar Niemeyer construction, and Curitiba’s sets the bar high. A huge “eye” rises above a reflecting pool and events centre. Every sunny afternoon it’s a gathering place, and a good spot to do some people watching.

Brazil’s involvement in World War 2 is little-known, even in Brazil itself. Most of the Brazilian troops who fought in Europe came from the southern states, especially Paraná. The Museu do Expedicionarios tells their story, with an impressive collection of vintage firearms, uniforms and captured Nazi memorabilia. 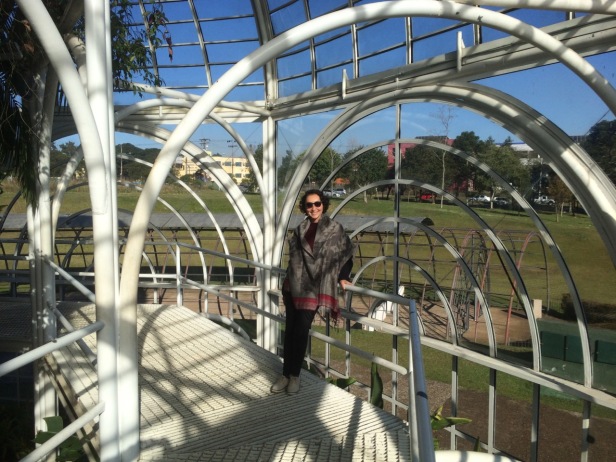 After a brief stop at the botanic gardens (Not so impressive in winter), we passed through ancient Egypt. There’s a bit of everything here! 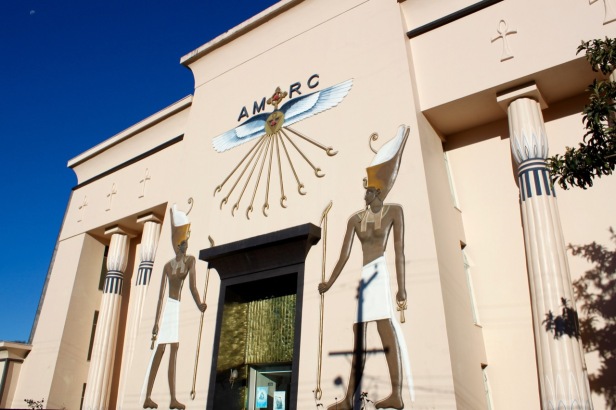 In our next post, we’ll take a deeper look at Brazil in WW2.

3 thoughts on “Curitiba – Winter is here.”