If you haven’t already, read parts 1, 2 and 3 of our visit to Paraguay.

We set off from Villarica, driving through those same featureless plains we’d viewed from atop Cerro Tres Kandú. Southern Paraguay is a bit of a black spot for Google Maps, so for once we had to dispense with the GPS and actually ask people for directions. (All of whom were very helpful!) A major new highway is under construction but as of 2016, it’s mostly dirt tracks as you drive to Encarnación. Lots of birds, lots of smoke, lots of empty fields.

Encarnación certainly has a hint of “border town” to it, although not to the ridiculous extent of Ciudad del Este. It’s got more than it’s fair share of Chinese import shops. We spent just one night at a hostel here. The hostel was recommended by a Mexican-American café owner, who was formerly married to a Cork woman. Living in Paraguay. There’s some mix for you.

So, why are we in Encarnación at all? The Jesuits. Back in the 17th century, Spain was at the height of its imperial success in South America. The lands around the river Uruguay and Paraná were settled by missionaries from the Jesuit order, to bring Christianity and “civilisation” to the indigenous Tupi–Guarani people. These Jesuit “reductions” as the monastic settlements are known, combined extravagant baroque architecture with the local techniques and culture of the Guarani. In what was also a very progressive move for the 17th century, the Christian bible was translated to the Guarani language for use here. 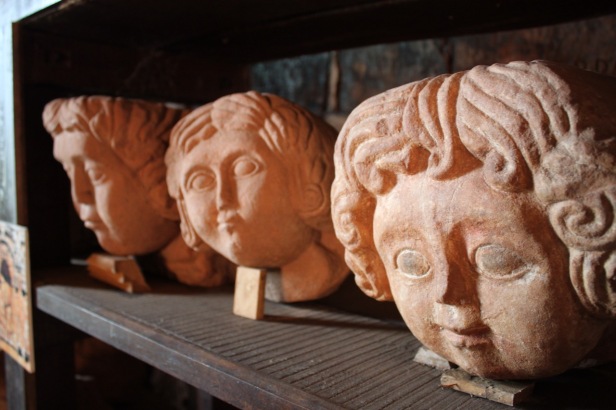 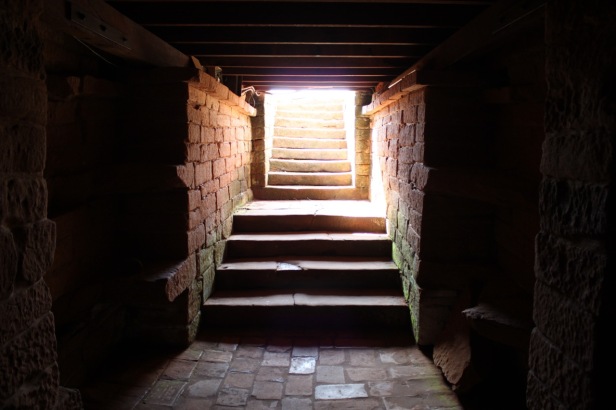 Over time, these settlements became highly successful, locally rivalling the economies of the Spanish and Portuguese empires on either side, which relied on slavery. This, along with other political shenanigans, seemed like a threat to the powers at the time, so the Jesuits were eventually victims of their own success, and found themselves expelled from South America in 1767.

Today, the remnants of these constructions are spread across parts of Paraguay, Argentina, and Brazil. We visited two sites, at Trinidad, and at Jesús de Tavarangue, just north of Encarnación. At Trinidad, there’s a guided tour available for a small fee. We joined one which had just started, full of visiting students. The contrast of the bright red brick against the green lawns is striking. These sites are today recognised as a world heritage site, along with others nearby. They’re peaceful places today, the only remaining signs of a once rich, independent community, a fusion of native and European culture. At Jesús, we were almost alone inside the huge empty shell of the former church. The only other visitor, a solitary french cyclist, posed for his photos outside. Outside, the pillars of the never-finished construction stretched off into the distance. 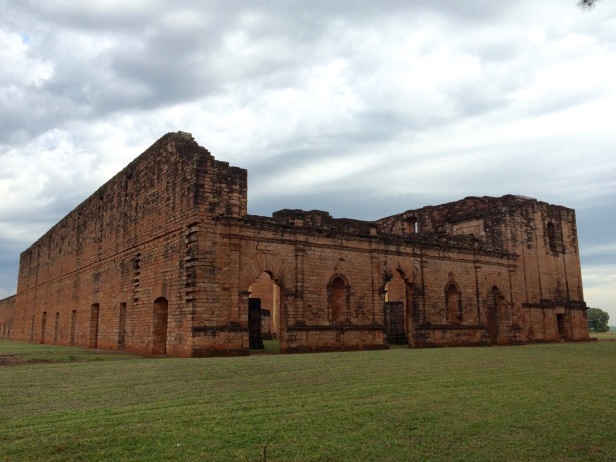 Nearby, a very different historical era. The community of Hohenau, just a few kilometres away. Settled by Germans, early in the 20th century, it looks rather similar to many other towns we’d passed through. But German is still spoken here. It’s taught in the local school. Very much a living language, here, surrounded by Portuguese, Spanish, and Guarani on all sides. Unfortunately the Germans who originally emigrated here arrived at an unfortunate time – they received their Paraguayan citizenships just before the outbreak of the Chaco war, and every young man was conscripted. It seems from the memorabilia and memorials that quite a few never made it back to Hohenau again. Our guide declined to mention that later, in the 1950’s, Josef Mengele lived here for a year, after escaping Nazi Germany post-WWII.

We drove on. Away from the Jesuits, the Germans, the Spanish, the Guarani, even the Irish. Away from Paraguay. Away from this country with it’s very unique sense of self. Now we can say we’re starting to understand their complex story – but there’s always more to learn.